Westwood Residences is located at Westwood Avenue, nestled within the private enclave of the Westwood Estate. Easy access to shopping (Jurong Point 1 & 2, JEM, Westgate, Big Box), dining, entertainment and edutainment facilities is only a 8-15min drive from your home. 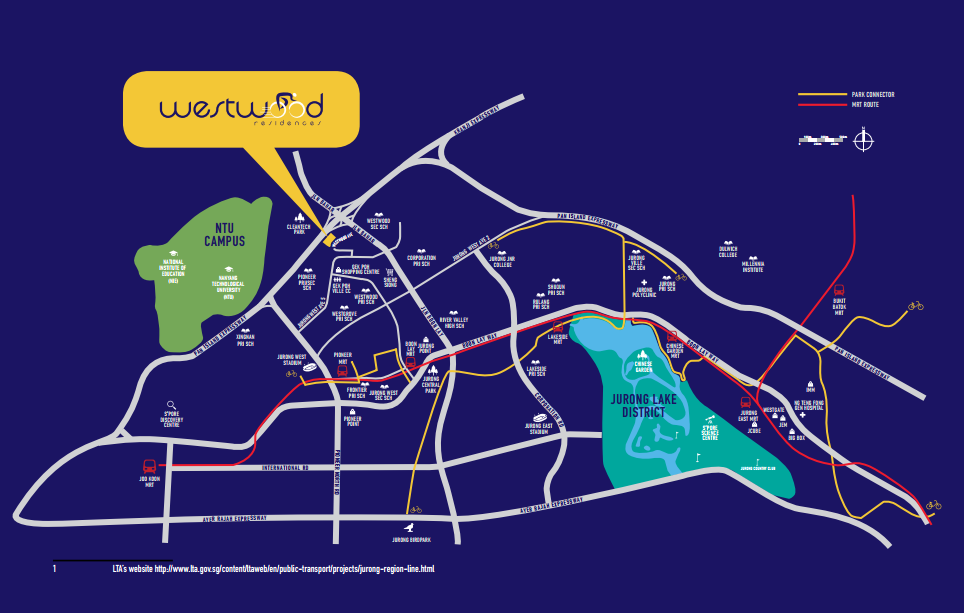 Westwood Residences linked by 3 major expressways nearby, PIE, KJE & AYE provides excellent accessibility to other parts of the island.

With Boon Lay MRT Station just 4 bus stops away, you have the choice of Singapore’s efficient public transport near you.


The upcoming 20km Jurong Region Line (JRL) will connect the region to the existing rail network for faster travel to the rest of the island.
It is expected to be complete by around 2025, in which the line will serve to connect residents in Boon Lay to Choa Chu Kang, West Coast and the future developments in the Tengah area.

The JRL will connect to main activity nodes in Jurong West, such as NTU, the Jurong Industrial estate, including Jurong Island and the future Jurong Gateway. 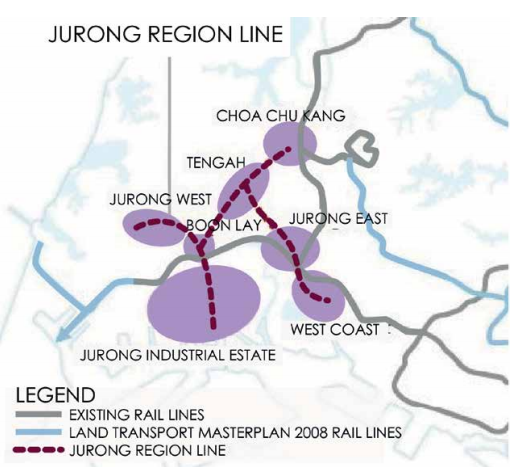 THE NATIONAL CYCLING PLAN
With cycling as a form of sustainable, healthy and inclusive transport and recreational activity, Singapore is working towards becoming a bike-friendly city. The National Cycling Plan is a government initiative to develop cycling routes for recreational and short commuting purposes, which will be integrated into a comprehensive network throughout Singapore. By 2015, 100 km of intra-town cycling paths will have been developed in several cycling towns. Another 90 km of cycling paths will be added to more towns by 2020. 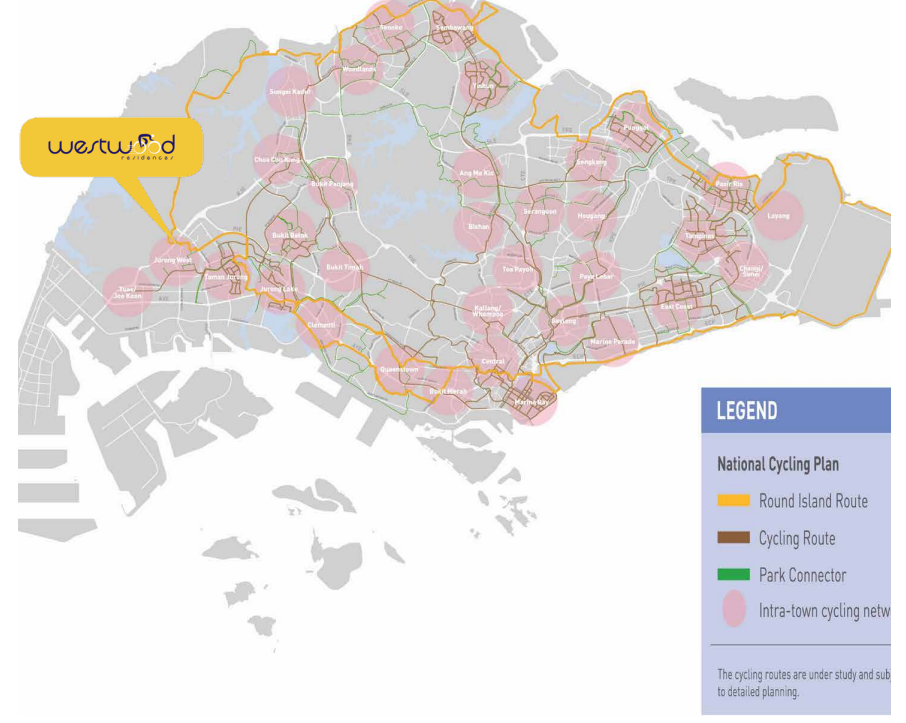 CYCLE THE WHOLE OF SINGAPORE FROM HOME @ WESTWOOD RESIDENCES
Cycling is a growing lifestyle choice in Singapore and with the right facilities at your doorstep, you can warm up and cycle from home. With the Round Island Route next to Westwood Residences, you can safely cycle around Singapore every weekend and meet friends along the way! 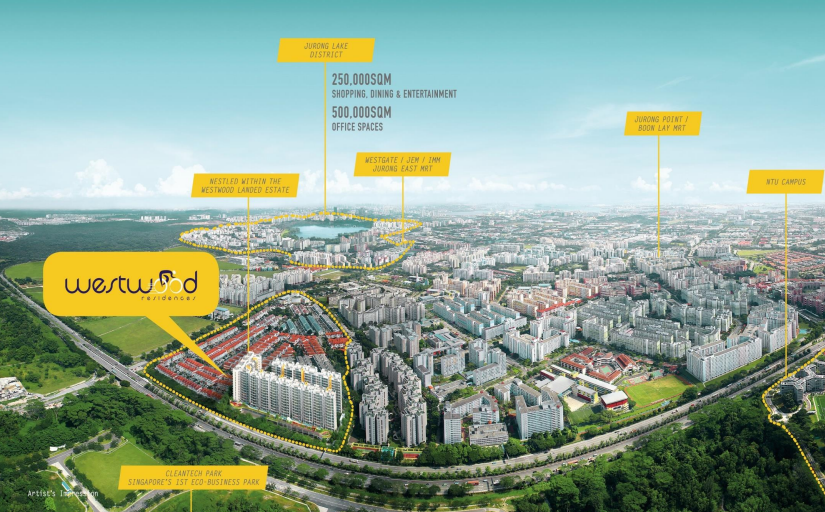 What Is Jurong Lake District? 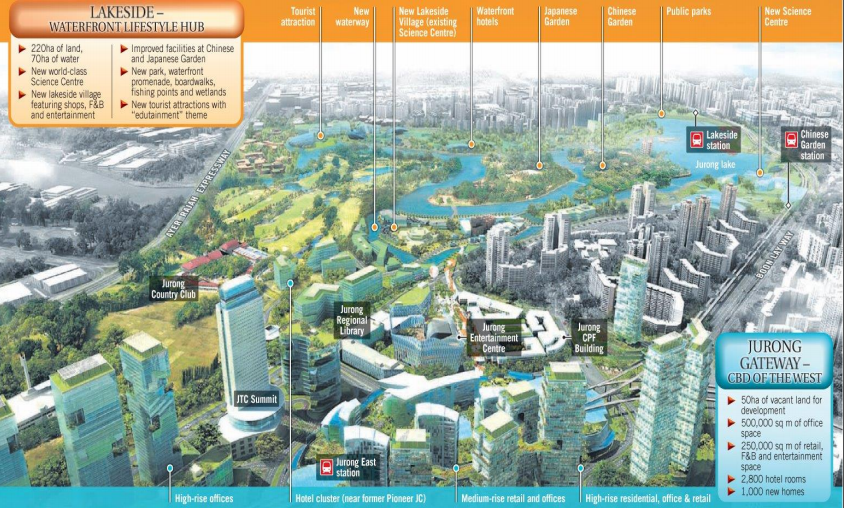 What Is Jurong Gateway?


Government agencies such as MND, AVA and BCA are already scheduled to relocate their offices in 2015.

Westwood Residences is located at Westwood Avenue, West Region of the island in District 22 Singapore. Many experts and property analyst noted that the plot land of the upcoming Westwood Residences is a premium site due to it's strategic location where everything and anything that one could possibly wants can be within reach in minutes, be it school, work, shopping, recreation, daily conveniences, dinning or healthcare. 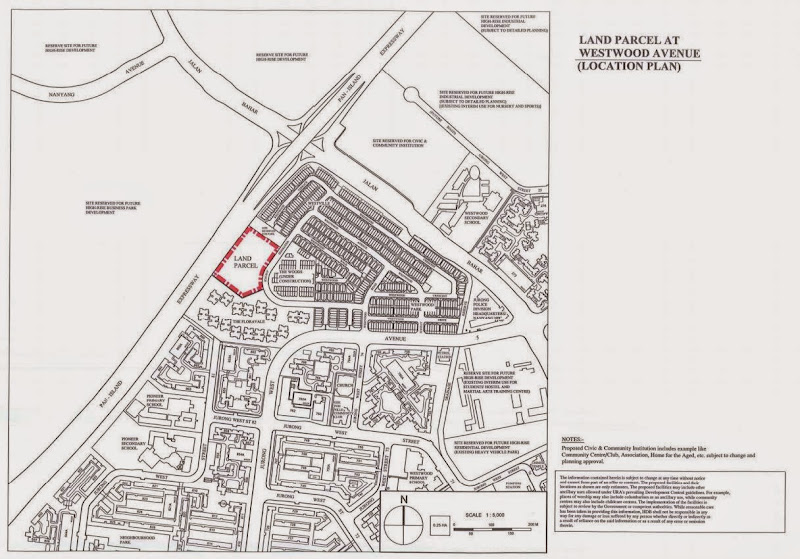 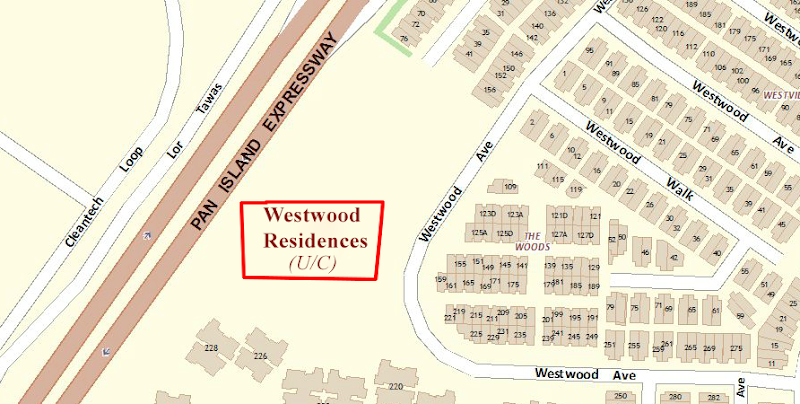 Westwood Residences’s site is bounded by Westwood Avenue and the Pan Island Expressway (PIE). It is right next to Floravale and opposite of the upcoming The Woods.

In terms of getting dining needs, basic necessities or groceries, Westwood Residences’s future residents can just take a short walk down to Gek Poh Shopping Centre, a neighbourhood mall. The shopping mall has undergone a major face lift and now house a large retail podium. Westwood Residences’s residents can also head down to Pioneer Mall, another neighbourhood mall which has supermarket, fast food restaurant, food court, beauty salon, clinics and many more.
To access to more dining shopping, entertainment and leisure facilities, Westwood Residences’s can also go to Jurong Point Shopping Mall which just a short drive away. This suburban shopping mall is just located next to the Boon Lay Train Station and the Boon Lay Bus Interchange. Jurong Point Shopping Mall, which is one of the largest suburban mall, houses more than 450 stores ranging from departmental stores, retails, food courts, restaurants, eating joints, supermarket, cinema and other entertainment centres.

Westwood Residences is strategically located at Westwood Avenue, West Region of the island which is envisioned to become a commercial, leisure and residential hub featuring various “edu-tainment” attractions, hotels, shopping and dining facilities, as well as recreational parks and sports activities!

With all these exciting benefits, investors would surely go loco over this project. If you do not want to be left out, better INVEST NOW!

Disclaimer: While every reasonable care has been taken in preparing this brochure and in constructing the models and sales gallery/showflats, neither the Developer nor its agents will be held responsible for any inaccuracies or omissions. All statements are believed to be correct but are not to be regarded as statements or representation of facts. All information and specifications are current at the time of going to press and are subject to such changes as may be required by the developer. All plans and models are not to scale unless expressly stated and are subject to any amendments which are required or approved by the relevant authorities. Renderings and illustrations are artist's impressions only and photographs are only decor suggestions and cannot be regarded as representations of fact. All areas and other measurements are approximate only and subject to final survey. The Sale and Purchase Agreement embodies all the terms and conditions between the developer and the purchaser and supersedes and cancels in all respects all previous representations, warranties, promises, inducements or statements of intention, whether written or oral made by the developer and/or the developer's agent which are not embodied in the Sale and Purchase Agreement.

Please contact us for general enquiries or for an appointment to view Westwood Residences showflat.

Another Quality Development By: