WESTWOOD Residences, only the second executive condominium (EC) to launch in Jurong over the past 18 years, is being priced at the lower end of initial expectations.

The developers, which initially targeted a range of $790 to $840 per sq ft, unveiled an indicative price of $800 psf yesterday. 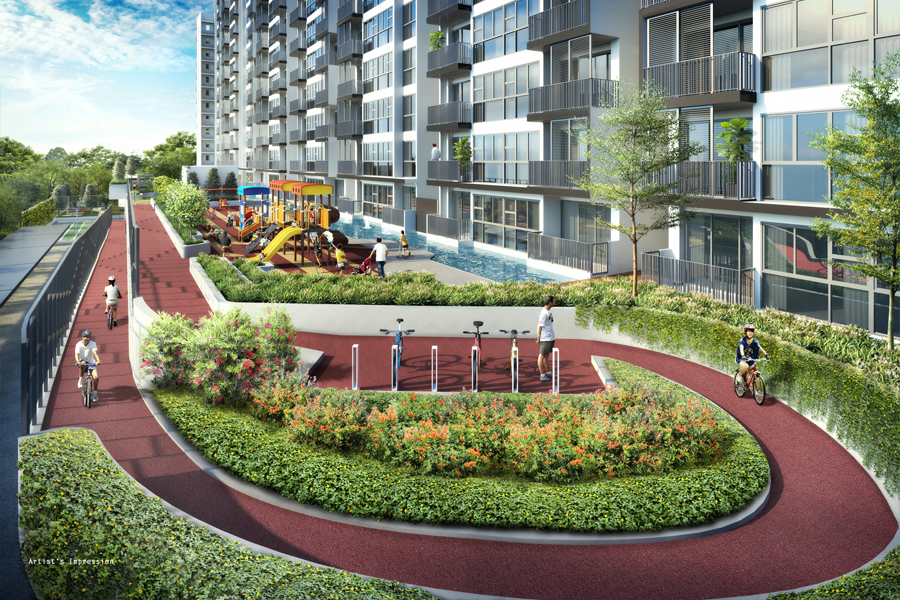 The lower indicative price comes as EC sales have generally weakened since measures such as stricter mortgage loan terms were introduced to cool the property sector in December 2013.

Westwood Residences, which is being developed by Koh Brothers and Heeton Holdings

will be the first EC project where second-timers who have already bought a subsidised flat or EC unit will be subjected to a resale levy.

Depending on the type of flat the buyer first bought, the levy should work out to about $40 to $50 psf, Koh Brothers managing director and group chief executive Francis Koh told a briefing yesterday.

At $800 psf, upgraders will receive compensation in the form of a discount, while first-time buyers will get a subsidy, he said.

The developers paid $382 psf per plot ratio for the land last January. Construction and development is expected to cost between $360 psf and $400 psf.
Last October, Evia Real Estate's Lake Life EC in the Jurong Lake District went on sale at an average of $857 psf.

Lake Life, the first EC to launch in Jurong in 17 years, was a near sell-out. But look outside Jurong, and take-up rates at subsequent EC launches in Punggol, Sengkang and Woodlands were muted.
"If a Punggol or a Sengkang (project) can command $800 psf, for a Jurong (launch), anything in the range of $800 psf is a fair price," said PropNex Realty chief executive Mohamed Ismail, whose firm is marketing the project.

Buyers are now more "price-sensitive", he added, and Westwood's affordability should curb any "wait-and-see" behaviour.
The 480-unit, 99-year leasehold project is located within the private enclave of Westwood estate, and is four bus stops away from Boon Lay MRT station.

Around $1.5 million is being spent on sports-themed lifestyle offerings, including an outdoor mini velodrome, an aqua gym and a garage that can house 500 bicycles, secured by a biometrics system.

ECs are a public-private housing hybrid where buyer eligibility is restricted to Singaporeans, with a minimum five-year occupation period before a unit may be sold in the open market.

Westwood Residences showflats will open for viewing on May 15.
Prices will be announced three days before bookings begin on May 30.