Despite its location within the soon-to-be-revamped Jurong Lake District, the new Westwood Residences has an indicative pricing lower than that of a similar executive condominium in the area. 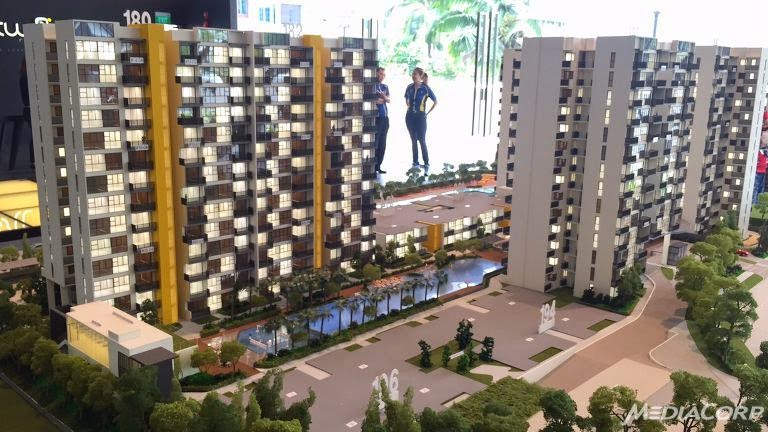 SINGAPORE: E-applications open on Friday (May 15) for Westwood Residences - a new executive condominium (EC) project in Jurong West which will be officially open for bookings on May 30.

The 480-unit development at Westwood Avenue is the first EC to be affected by changes to resale levy rules. The resale levy now applies to EC buyers who had previously bought HDB flats or ECs.

Westwood Residences has an indicative pricing of S$800 per square foot (psf). That is about six per cent lower than what another executive condominium (EC) project in the area - Lake Life EC - went for, S$850psf, when it was launched in November last year.

Said Mr Francis Koh, group CEO of one of the EC's developers, Koh Brothers Group “We have to consider the market. When compared to the nearby executive condo, what will buyers think of our condo? So we have to price it very competitively."

Westwood Residences is hoping to attract homebuyers by going big on cyclist-friendly features. It will house some 500 parking lots for bicycles - with a bicycle maintenance area - and an outdoor mini velodrome.

One analyst said it may be too early to say if the new EC project will benefit from the upcoming makeover for Jurong Lake District.

"This project is closer to NTU (Nanyang Technological University), and the Cleantech Park,” said Mr Sing Tien Foo, Deputy Head at the Department of Real Estate in the National University of Singapore. “For the Jurong Lake District area, the project may be located at the fringe of the Jurong Lake District. Although over time, when the area develops, we will probably see the spillover effect. Probably, this will take a while."